More About Manipulation than People

Has social media become more about manipulation than people? In the pursuit of company growth and profits, have social media companies left behind our well-being? In this article, I present the perspectives of others on this important issue.

My goal here is to merely present a few perspectives on this topic. I do not draw a specific, personal conclusion, but this article serves to be a stepping off point for conversation. 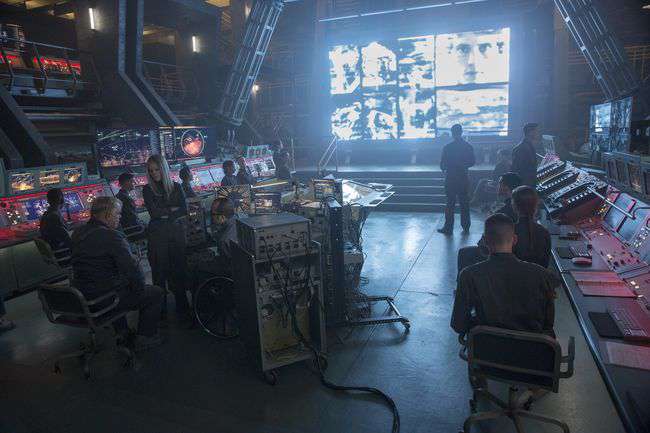 Facebook published a blog post a few weeks ago titled, “Hard Questions: Is Spending Time on Social Media Bad for Us?”. It discussed the potential that their services may be harmful when used incorrectly. While the article is not an empirical research review, it approaches a core criticism of Facebook’s success engine – its ability to connect people. In the blog post, the authors cite the research of Bob Kraut – a social psychologist with expertise in the formation of online communities.

In the article, Facebook provided examples of features they have built to improve our well-being on social media.

Facebook has a net-positive conclusion about the effects of social media on our brain. Their existence depends on people using social media. Can their conclusions be biased? How do we hold corporations accountable for their impact on our well-being? In the era of self-reliance and personal responsibility, who is too blame? As stated in an NYMag article:

It was less surprising that a half-trillion-dollar company very much reliant on people continuing to use social media ultimately came to this conclusion: “No, [social media] is actually very good — as long as you use it the right way.”

We know that people do not use systems as they were intended. People find ways to misuse and abuse systems all the time. Facebook puts the blame on “personal responsibility”. They suggest that your mother, aunts, uncles, and children need only to use Facebook responsibly to see its positive benefits. Research points to users being intentional with social media interactions towards positive & meaningful relationships.

A TED talk by Tristian Harris explains that with Snapchat, we know that teens do not use social media with intention. He shows that teens are not using social media in the ways that research would deem beneficial for well-being.

If you didn’t know, Snapchat is the number one way that teenagers in the United States communicate. So if you’re like me, and you use text messages to communicate, Snapchat is that for teenagers, and there’s, like, a hundred million of them that use it. And they invented a feature called Snapstreaks, which shows the number of days in a row that two people have communicated with each other. In other words, what they just did is they gave two people something they don’t want to lose. Because if you’re a teenager, and you have 150 days in a row, you don’t want that to go away. And so think of the little blocks of time that that schedules in kids’ minds. This isn’t theoretical: when kids go on vacation, it’s been shown they give their passwords to up to five other friends to keep their Snapstreaks going, even when they can’t do it. And they have, like, 30 of these things, and so they have to get through taking photos of just pictures or walls or ceilings just to get through their day. So it’s not even like they’re having real conversations.

One of the founders of Facebook, Sean Parker, discussed his misgivings about social media’s effect on us today.

I don’t know if I really understood the consequences of what I was saying, because [of] the unintended consequences of a network when it grows to a billion or 2 billion people and … it literally changes your relationship with society, with each other … It probably interferes with productivity in weird ways. God only knows what it’s doing to our children’s brains.

It’s a social-validation feedback loop … exactly the kind of thing that a hacker like myself would come up with because you’re exploiting a vulnerability in human psychology.

Tristian Harris backs-up Parker’s claims again by suggesting that social media is more addictive today than yesterday for a reason. Companies are getting better and better at getting you “hooked” into their product.

I want you to imagine walking into a room, a control room with a bunch of people, a hundred people, hunched over a desk with little dials, and that that control room will shape the thoughts and feelings of a billion people. This might sound like science fiction, but this actually exists right now today.

The short-term, dopamine-driven feedback loops we’ve created are destroying how society works,” he said, referring to online interactions driven by “hearts, likes, thumbs-up.” “No civil discourse, no cooperation; misinformation, mistruth. And it’s not an American problem — this is not about Russians ads. This is a global problem.

Technology companies rigorously A/B test features to hook user growth. And by user growth, I am specifically referring to engage time. How can we get the user to stay on the website or app the longest? Most modern apps are deeply seeded with analytics markers that can tell how a feature is performing. If a features boosts engage time, it stays in. While there are many other factors that product developers use to weigh the success of a feature, engage time is certainly one of them.

An example of a widely popular book in this sector is by Nir Eyal called “Hooked”. Like most technology companies, Facebook has A/B infrastructure. They optimize new features all the time on a single metric: engage time. How can we manipulate people to use this more? As the popular author Nir Eyal suggests in his best-seller, “Hooked”, there is a framework for getting people more addicted (hooked) to your product. It is based on classical conditioning among other psychological techniques. It feeds off of the same tactics that cigarette companies and casinos use – trigger, action, variable reward, investment. 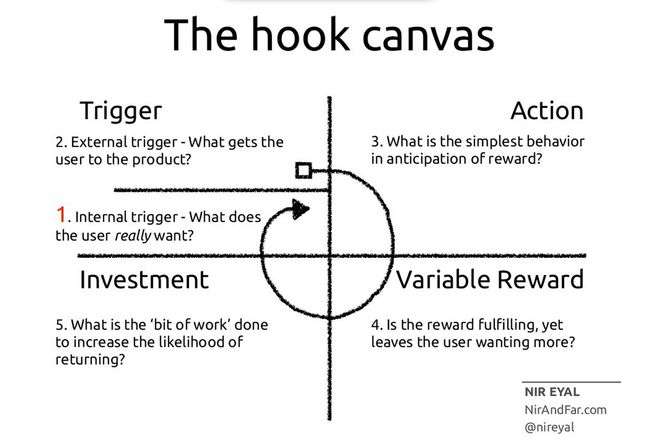 While I do not want to pick on Eyal heavily, it goes without saying that behavioral design has a darker undertone as behavioral manipulation. It is great for product developers to learn how to engage their users with their product. However, when a behavioral design is viewed from the perspective of manipulation – it can get sickening. After all, as I mentioned, these are generally the broad techniques that gambling websites, casinos, and tobacco companies use to hook vulnerable populations.

As Tristan Harris suggests: technology companies are getting better and better at sucking us in. Behavioral manipulation is being refined. The brain is too plastic. It is susceptible to the behavioral conditioning of social media overuse – to the people in the control room. Without some form of ethics regulation on technology companies manipulating emotions, brains will continue to crave these small hits of dopamine.

While effects of social media on the brain are less physical than mental, it can clearly cause harm. If social networks are not unequivocal forces for good, should we stop treating them like so? These systems are having palpable consequences on everyday functioning. They are hooking us in without us choosing to do so. Moreover, when these networks become a requirement for living in society (i.e. LinkedIn and finding a job), can we exist as successful individuals without them?

If we do not reign in the negative long-term effects of social media on our functioning, what will that mean for us? Can we draw the line between building a better product and manipulating users to open it? Behavioral manipulation through technology is a dark art, but one that can ultimately benefit more people than it hurts.

A few days ago in the new year, Facebook CEO, Mark Zuckerberg vowed to “fix” Facebook in 2018 as a new year’s resolution.

“The world feels anxious and divided, and Facebook has a lot of work to do—whether it’s protecting our community from abuse and hate, defending against interference by nation states, or making sure that time spent on Facebook is time well spent,” he wrote. “My personal challenge for 2018 is to focus on fixing these important issues.”

Once again, the ball is on our side of the court. Reflect on how you use social media. Do you use it in a meaningful way? Are you being “hooked”?

Perhaps the symptoms of this problem will not be felt for generations. Until then…

David Paul Morris/Bloomberg via Getty Images. “Facebook Thinks Social Media Is Bad If You Do It Wrong.” Select All, 15 Dec. 2017, http://nymag.com/selectall/2017/12/facebook-thinks-social-media-is-bad-if-you-do-it-wrong.html.

Harris, Tristan. “How a handful of tech companies control billions of minds every day.” TED: Ideas worth spreading, www.ted.com/talks/tristan_harris_the_manipulative_tricks_tech_companies_use_to_capture_your_attention.

I am not going to lie; it has been hard to focus on writing these days. I do have things to write about, but unless the writing is less than 1,000 words, it is hard for me to finish and publish it. For the past year, I have been writing... Continue →